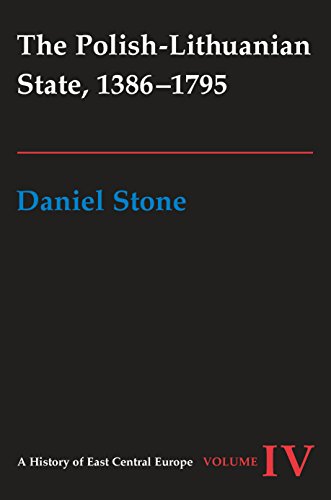 For four centuries, the Polish–Lithuanian state encompassed a major geographic region comparable to present-day Poland, Lithuania, Belarus, Ukraine, Russia, Latvia, Estonia, and Romania. Governed by a constitutional monarchy that offered the numerous nobility extensive civil and political rights, it enjoyed unusual domestic tranquility, for its military strength kept most enemies at bay until the mid-seventeenth century and the country generally avoided civil wars. Selling grain and timber to western Europe helped make it exceptionally wealthy for much of the period.

The Polish–Lithuanian State, 1386–1795 is the first account in English devoted specifically to this important era. It takes a regional rather than a national approach, considering the internal development of the Ukrainian, Jewish, Lithuanian, and Prussian German nations that coexisted with the Poles in this multinational state. Presenting Jewish history also clarifies urban history, because Jews lived in the unincorporated “private cities” and suburbs, which historians have overlooked in favor of incorporated “royal cities.” In the seventeenth and eighteenth centuries the private cities and suburbs often thrived while the inner cities decayed. The book also traces the institutional development of the Roman Catholic Church in Poland–Lithuania, one of the few European states to escape bloody religious conflict during the Reformation and Counter Reformation.

Both seasoned historians and general readers will appreciate the many excellent brief biographies that advance the narrative and illuminate the subject matter of this comprehensive and absorbing volume.