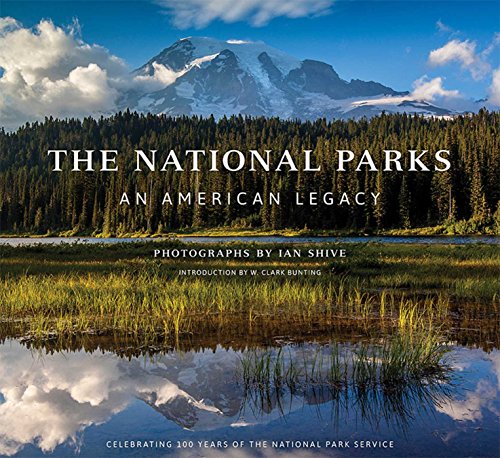 The National Parks: An American Legacy tells the story of the parks through the photography of Ian Shive and poignant essays by today’s leading naturalists, scientists, explorers, and artists.

From the cascading waterfalls of Yosemite to the unique geothermal features of Yellowstone, the U.S. national parks are among the most breathtaking destinations in the world. Founded to preserve such natural beauty for posterity, the national parks represent one of America’s crowning achievements and international treasures.

The National Parks: An American Legacy tells the story of the parks through the photography of Ian Shive, today’s leading national park photographer, as well as through poignant essays by conservancy groups from across the country. Timed to coincide with the celebration of the 100-year anniversary of the National Park Service, this lavish volume reveals the grandeur and history of the parks and looks toward what the next 100 years will bring.

With more than 200 never-before-seen images of the national parks — including Yellowstone, Yosemite, and the Grand Canyon — as well as images from many of the 400-plus national park units, this striking collection is comprehensive and inspiring. The National Parks: An American Legacy reveals the way humankind interacts with the parks, and how the story of the national parks is also a tribute to the people who visit, explore, and tirelessly work to preserve these cherished American landscapes.