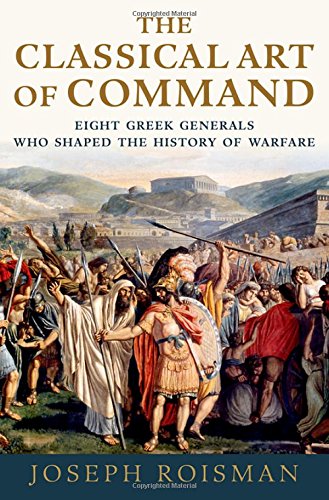 The Classical Age of Greece produced some of history’s best-known generals and commanders. They include the Spartan king Leonidas, who embodied his countrymen’s heroic ethos in the battle of Thermopylae; the Athenian leader Themistocles, credited as the architect of Athens’ naval power and of the Greek victory over the Persians; the famous democratic leader, Pericles, who prepared Athens and directed its conflict with Sparta, known as the Peloponnesian War; the Athenian general Demosthenes, who deviated from contemporary conventions of warfare with his innovative approach; the Spartan general Lysander, who won the Peloponnesian War for Sparta; Dionysius I of Syracuse, arguably the most innovative and best skilled of the eight generals discussed in this book; and Epaminondas and Pelopidas who together transformed their city, Thebes, into an hegemonic power.

The Classical Art of Command gives readers a unique opportunity to examine the variegated nature of Greek generalship through the individual careers of eight prominent commanders. It describes the attributes of these leaders’ command, the many facets of their individual careers and stratagems, and the mark they left on Greek history and warfare. It draws attention to the important role that personality played in their leadership. Joseph Roisman investigates how these generals designed and executed military campaigns and strategy, and to what degree they were responsible for the results. The volume also looks at how the Greek art of command changed during the Classical Age, and how adaptable it was to different military challenges. Other questions involve the extent to which a general was a mere leader of the charge, a battle director, or a strategist, and what made both ancient and modern authorities regard these eight generals as outstanding shapers of military history. Filled with original analyses and accessible accounts of legendary battles, The Classical Art of Command will appeal to all readers with an interest in ancient warfare and generalship.