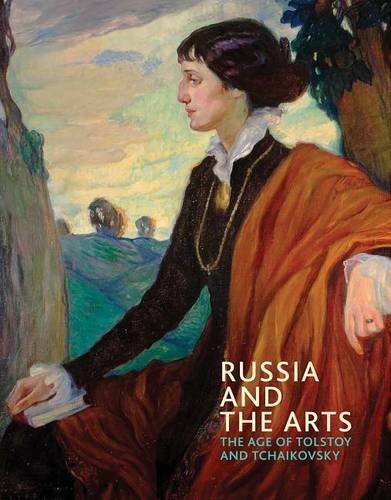 Russia and the Arts: The Age of Tolstoy and Tchaikovsky explores the history of Russian portraiture between 1867 and 1914, a time of great cultural vibrancy in the country and a golden age of the Russian portrait. While Tolstoy and Dostoevsky were publishing masterpieces such as Anna Karenina and The Brothers Karamazov and Mussorgsky, Tchaikovsky and Rimsky-Korsakov were taking Russian music to new heights, Russian art was developing a new self-confidence. The penetrating Realism of the 1870s and 1880s was later complemented by the brighter hues of Russian Impressionism and the bold forms of Symbolist painting; these styles were applied to portraits of prominent thinkers, writers, scientists, artists, actors, composers and musicians by the most outstanding painters of the day. This volume traces the period’s developments in Russian art through the collection of the Moscow State Tretyakov Gallery, founded in 1856, itself a product of this same moment of cultural flourishing. Portraiture was a major part of the collection’s mission from the late 1860s, when founder Pavel Tretyakov began to commission and acquire portraits guided by two principal values: the historical role of the sitter and the artistic value of the portrait. Beautifully illustrated with key works from the State Tretyakov Gallery, Russia and the Arts highlights some of the extraordinary developments that took place in the arts in Russia in the years before World War I.