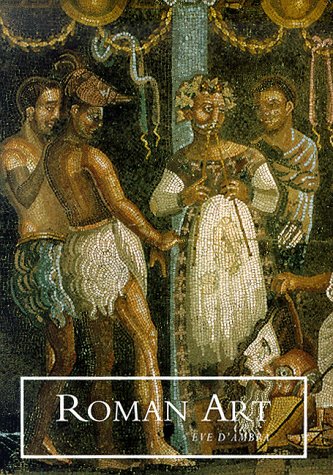 In this refreshing reappraisal of the art and architecture of ancient Rome, Eve D’Ambra focuses on the personal, social and cultural identity of its subjects. The acquisition of art, whether the purchase of copies of Greek statuary, the construction of a sumptuous villa or the commissioning of a portrait head, played a crucial role in Roman society in which displays of wealth and culture were necessary to gain and maintain power. The question of identity is key to understanding the nature of the Roman empire, which seemed infinitely expandable at its peak, welcomed foreigners to become Romans, freed slaves to citizen status and allowed social mobility within a strictly hierarchical social order. D’Ambra discusses patronage on different social levels, from that of the emperor and his court to those of shopkeepers and of artisans, in diverse regions of the empire and in distinct ethnic groups. She compares the imagery of the state and of military victory with the humblest funerary reliefs. Many provincial artworks were based on imperial models, but others were created in resistance to prevailing imperial standards. D’Ambra draws on a range of sculpture, wall paintings, decorative arts, coins and architecture, from Italy to the edges of the empire, evoking the traditionalism and the adaptability of Roman art. She also looks ahead to the art and architecture of the fourth century AD, which despite the emergence of Christianity as the dominant religion continued to be influenced by Roman styles and themes. Eve D’Ambra is Associate Professor in the Department of Art at Vassar College, Poughkeepsie, New York. She has taught and published widely in the field of Roman art and society.