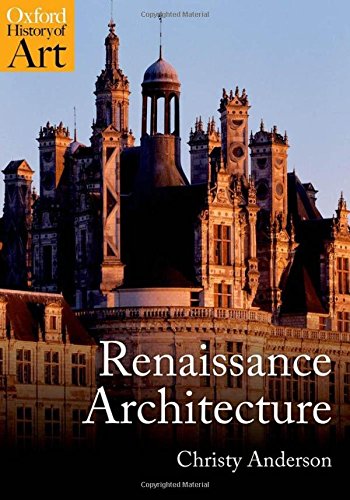 The Renaissance was a diverse phenomenon, marked by innovation and economic expansion, the rise of powerful rulers, religious reforms, and social change. Encompassing the entire continent, Renaissance Architecture examines the rich variety of buildings that emerged during these seminal centuries of European history.

Although marked by the rise of powerful individuals, both patrons and architects, the Renaissance was equally a time of growing group identities and communities — and architecture provided the public face to these new identities. Religious reforms in northern Europe, spurred on by Martin Luther, rejected traditional church function and decoration, and proposed new models. Political ambitions required new buildings to satisfy court rituals. Territory, nature, and art intersected to shape new landscapes and building types. Classicism came to be the international language of an educated architect and an ambitious patron, drawing on the legacy of ancient Rome. Yet the richness of the medieval tradition continued to be used throughout Europe, often alongside classical buildings.

Examining each of these areas by turn, this book offers a broad cultural history of the period as well as a completely new approach to the history of Renaissance architecture. The work of well-known architects such as Michelangelo and Andrea Palladio is examined alongside lesser known though no less innovative designers such as Juan Guas in Portugal and Benedikt Ried in Prague and Eastern Europe. Drawing on the latest research, it also covers more recent areas of interest such as the story of women as patrons and the emotional effect of Renaissance buildings, as well as the impact of architectural publications and travel on the emerging new architectural culture across Europe. As such, it provides a compelling introduction to the subject for all those interested in the history of architecture, society, and culture in the Renaissance, and European culture in general.