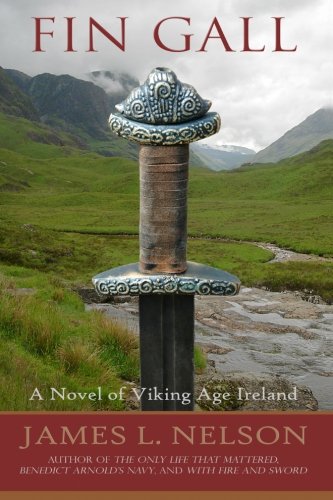 852 A.D. For centuries, the Vikings have swept out of the Norse countries and fallen on England, Ireland, whatever lands they could reach aboard their longships, and few could resist the power of their violent onslaught. They came at first to plunder, and then to settle, an encroachment fiercely resisted where ever they went. Such was the case in the southern lands of Ireland. En route to the Viking longphort there, known as Dubh-Linn, Thorgrim Night Wolf and Ornolf the Restless stumble across an Irish ship that carries aboard it a single item – a crown. The Vikings eagerly snatch the prize, unaware of its significance to the people of Ireland and the power granted to the king who wears it. Soon the Norsemen are plunged into the violence and intrigue of Medieval Ireland, where local kings fight with each other and with the invaders from the north for rule of the island nation. With enemies at every hand, and loyalties as fickle as the weather, Thorgrim must lead his men, the white invaders, the Fin Gall, in the fight of their lives, with both Irish and Dane eager to see them dead.