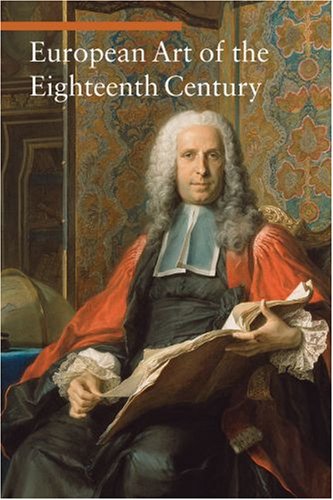 This latest volume in the Art Through the Centuries series presents the most important artists and artistic concepts of the eighteenth century. While the Baroque style, with its emphasis on emotionalism and naturalistic forms, had dominated the seventeenth century, a new sensibility, the Rococo, emerged in the early years of the next century. The Rococo style, characterized by delicately curving forms, pastel colors, and a lighthearted mood, began in French architectural and interior design and became popularized in the paintings of Jean-Antoine Watteau and Francois Boucher.
In the second half of the century, in response to critics who urged a return to morally uplifting art and stimulated by excavations at Pompeii and Herculaneum, artists began to emulate Classical Greek and Roman models. Reinforced by aristocratic collectors who made the Grand Tour of Europe’s Classical sites, this Neoclassical style found mature expression in Antonio Canova’s sculptures and in the paintings of Jacques-Louis David, whose tributes to Roman republican virtues helped fuel French revolutionary fervor.