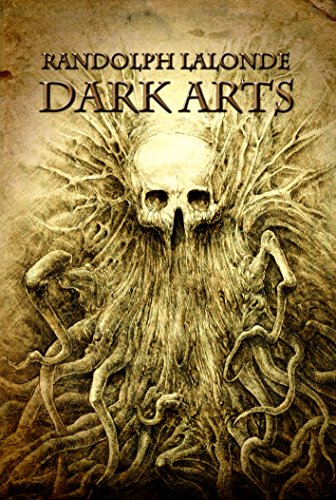 Maxwell, a guitarist whose band is coming off the road under discouraging circumstances, has come to a crossroad. The minimal success his band, Road Craft, has had is being smothered by an era where bars are becoming discos, and live entertainment is being replaced by larger dance floors. They scored a small record deal years before, but the excitement has cooled, and they never got much radio play.

The only hope he has of financing his future rests in a book he hunted down using contacts and skills he learned from his father, who was an expert at acquiring rare occult objects. Max is not a believer in mysticism, but he knows what he has was hard to get, and should be worth thousands. When he’s told it’s too hot to sell, his dreams are crushed, and his wallet is left empty. He’ll have to tell his band mates that his plan has fallen through, and they have come to the end of the road.

The members of Road Craft are set to return home during a Pagan summer festival called The Gathering, where hundreds of people gather to celebrate music, nature, and each other. The Gathering also puts him nose to nose with Miranda, a woman Maxwell knew when they were children, a veteran of the New York Rock scene and his equal.

He doesn’t know it yet, but this is the event that will make him a believer in the occult, and he will have some choices to make. All the while, there are people who know he has the book, and they are determined to twist the knowledge it contains to a terrible purpose, to break the circle of life, making resurrections possible, to open the door between the living and the dead just enough to embrace forbidden power. Their selfish intent would disrupt the natural order enough to change the world, and not for the better.

Maxwell’s music career is about to be the least of his worries.