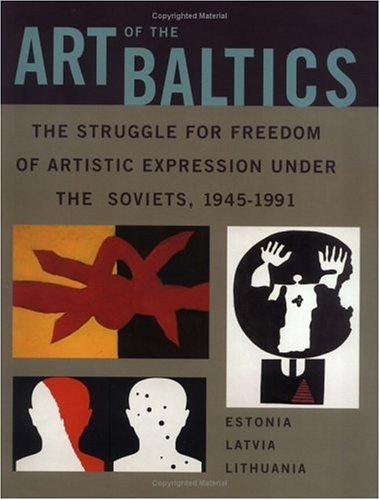 Art of the Baltics is the first major survey of the development of modernist art in Estonia, Lithuania, and Latvia during the post-World War II Soviet period. The contributors discuss and reappraise the art of Baltic artists working in modernist styles. They argue that Estonian, Lithuanian, and Latvian art did not develop in similar ways. Estonia, for example, had closer contact with Scandinavian countries, while Lithuania clearly was part of Central Europe, and was more influenced by Poland.

This book contains nearly three hundred illustrations—many in color—that serve to visually compare the art of the three Baltic countries. It also has three useful historical timelines that contextualize the art presented. In addition to historical overviews of each country, Art of the Baltics contains essays on the art of the region, written by both Baltic and American scholars. The articles extensively cover the Baltic art of the 1960s through the 1980s, which reflect the Zimmerli Art Museum’s holdings of the Norton and Nancy Dodge Collection of Nonconformist Art from the Soviet Union. To round out the scope of this work, contributors also discuss the pre-Soviet art of the region, as well as the recent creative developments that resulted from these small countries gaining independence in 1991.