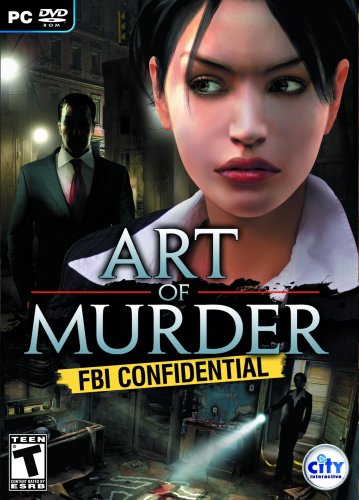 Art of Murder is the new title from the creators of the bestselling Schizm: Mysterious Journey; Mysterious Journey II, Sentinel, and Reah, critically acclaimed games renowned in the gaming press and by players around the globe. This is the story of rookie FBI agent Nicole Bonnet, whose first assignment is to solve a grisly series of murders that target prominent and wealthy members of the community, with the killer’s M.O. featuring a disturbing calling card: the apparently ritualistic removal of the victim’s heart with an implement more suited to display in a museum than use for amateur dissection. The gruesome trail begins in New York City but the clues soon lead the intrepid rookie agent to the distant Peruvian city of Cusco, the ancient seat of the Inca Empire on the border of the forbidding Amazon Jungle. Art of Murder has an exceptional combination of classic solutions with innovative ideas, such as the possibility of the heroine’s death. This game is incredibly detailed and varied pre-rendered sceneries, enriched with background animation the graphics are designed by some of the best graphic artists and art directors in Poland. You will find a gripping atmosphere, created through the combination of an extraordinary storyline, beautiful graphics, three-dimensional characters who move in a natural way and cast realistic shadows, 5000 dialogue lines, original music and realistic sound effects. Art of Murder is a point-and-click adventure, features a simple user-friendly interface coupled with a classic form of gameplay that has been optimized with the latest in cutting edge innovations, as well as allowing the possibility of the central character’s death, point previously unseen in classic adventure games.